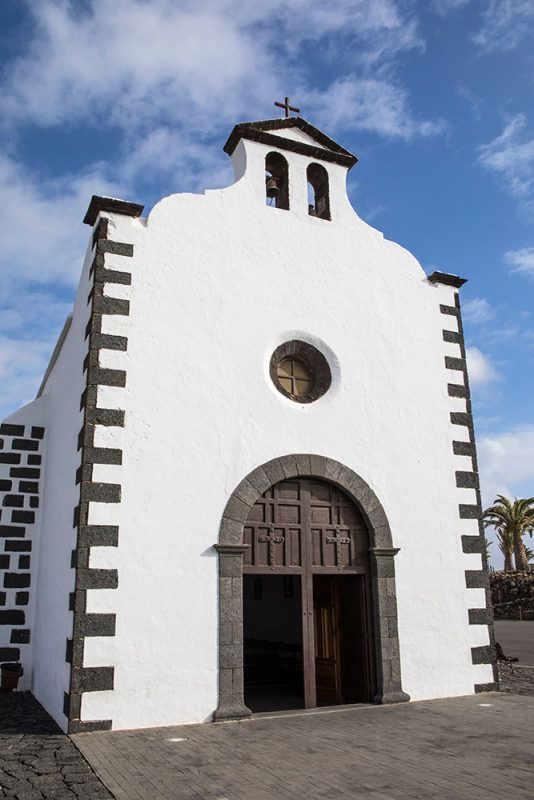 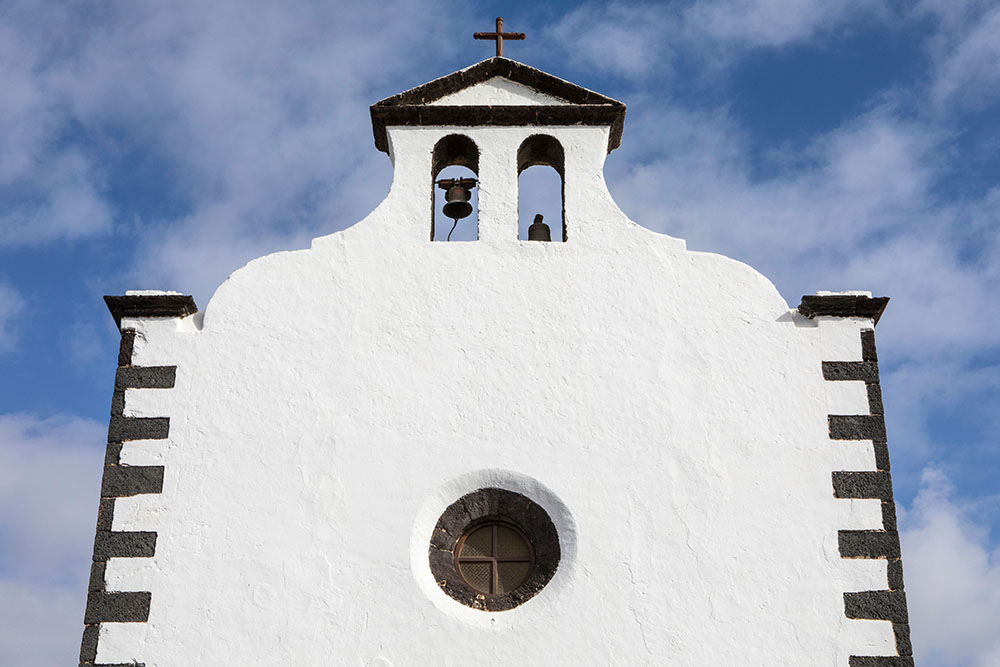 The Virgen de los Dolores Church (Church of Our Lady of Sorrows) is in the Tinajo region, in the town of Mancha Blanca, and is a hugely important church with a rich history.

It is important because it contains the Our Lady of Sorrows, the patron saint of Lanzarote, and has a rich history thanks to the legends and myths that have arisen around it. Every 31st July and 15th September, different events are held to pay tribute to the Virgin.

During the 18th Century, Lanzarote experienced strong and constant volcanic eruptions that destroyed and covered much of this part of the island in lava.

And from there the legend of the Virgen de los Dolores was born, when a Franciscan monk decided to organise a procession with the Virgin up to the slopes of the volcano, and as he did so, the lava stopped emanating from its jaws. Since then, the Virgin was attributed to the miracle that stopped the eruptions which had threatened to destroy their houses and lands, and they built the chapel in her honour.

There is also the Romería de los Dolores, a pilgrimage celebrated each 15th September. Additionally, the Fiesta del Fuego is celebrated on 31st July in honour of the Virgin, who was also attributed to putting an end to another volcanic eruption in 1824.

The history of the Church of Our Lady of Sorrows is full of legend, myths, and eruptions.

Architecturally, the church has a single nave built in white stonework with black details. Its façade is crowned by a double gap belfry that serves as a bell tower, with a semi-circular arch across its entrance together with a small translucent oculus. All of this is presided over by a Catholic cross. Its most prominent element is its half-orange dome with a skylight in the centre.

The chapel was declared a site of cultural heritage at the beginning of the century.