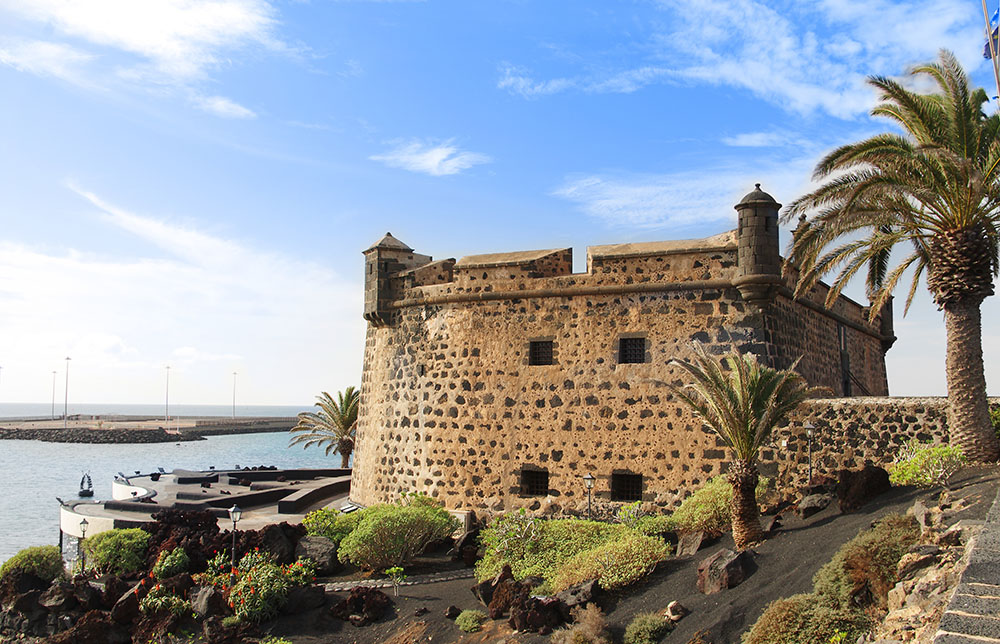 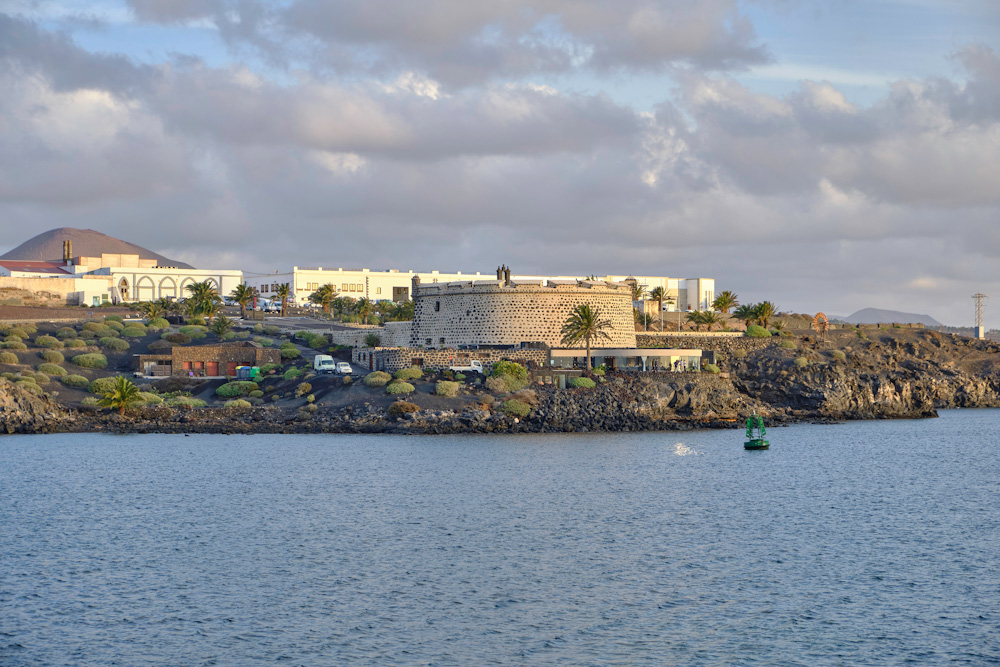 The Castle of San José (Castle of Saint Joseph) is in Arrecife, on the east coast of Lanzarote, and was built as a response to the increasing population, the increase of maritime activity and the need to defend the island from pirate attacks.

It was built in the late 18th century, during the reign of Charles III of Spain, as an addition to the existing Santa Barbara and San Gabriel castles. It was popularly known as ‘Fortaleza del hambre’ (Fortress of Hunger) as its construction gave work to a large proportion of the island’s population at a time when droughts, volcanic eruptions, and the political regime provoked shortages for the island’s inhabitants.

As time passed and it lost its defensive function, the Castle of San José was abandoned for many years. In 1975 a plan was unveiled to remodel it and set up a Contemporary Art Museum within its walls.

The International Contemporary Art Museum (MIAC) opened its doors in 1976, after the Canarian artist César Manrique created the project and led the renovation of the Castle, as until then it had been left abandoned.

Artists from around the world attended its inauguration. From Tàpies to Sempere, alongside Brikmann, Beaudin, Alechnisky and many more, who provided their works to the museum’s permanent exhibition.

The work on show at MIAC is from between 1950 and 1970. It covers 3 important forms of abstract art: geometric, formal, and figurative.